So… you tried and failed… It happens to everyone at some point of our life! Life is not all wins but lows as well. If you are expecting to be a winner the whole life you are here for disappointment. Or maybe you need to re- define the meaning of “the winner” … By recognizing your failures and understanding what massage they give you, you can actually improve your life. So maybe it is a time to embrace your failures…

It is impossible to live without failing at something, unless you live so cautiously that you might as well not have lived at all, in which case you have failed by default.  – J. K. Rowling 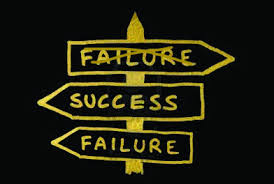 Even the most successful people failed at some point at something. The difference between these people and the others is that they use this experience to make their future choices better. Failure is not the end point and the moment you sit down and cry. It should be you reflection moment, turning point. Before every successful story there is a string of tries and errors.

I made some mistakes in my life- some smaller, some bigger. I guess everyone did… There were some tears and regrets but after I gave myself some “grieving time” I put myself together, took the step back and looked at my failures.

What you do with it is important! What you learned from them is important! That is why I wrote this post. I wanted to let you know how important failures are and that you should really embrace them and get the best from them for your future choices.

3 big reasons why you should celebrate your failures

1. Learn something about yourself, see the failure as part of your evolution.

“Do not be embarrassed by your failures, learn from them and start again.” Richard Branson

You have to remove negative emotions that take away your self confidence and self esteem and use the failure as the reason to become more self aware.See the failure as part of your evolution and possible new direction in life. If you failed it means that you actually tried something. You chose action instead of inaction and that is already half of your success! You failed- that’s fine, there will be another trial. Life is full of them and as long as you try you can say you are a winner. Failure gives you a an opportunity to reflect on your actions and expose yourself to new ideas and possible redirection. Use it, reinvent yourself! 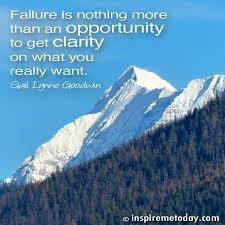 2. “The only real failure in life is the failure to try” said George Bernard Shaw.

You should get empowered by the fact that you tried and by realization who you really are! You have ability to survive and  thrive despite the failure. You should focus not on the failure, but on what you can learn and how you can grow and adapt in positive ways! 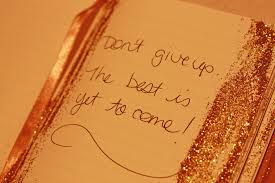 Here are few quotes on this subject to give you some food for thoughts:

“If you’re not failing every now and again, it’s a sign you’re not doing anything very innovative”. Woody Allen

“I can accept failure, everyone fails at something. But I can’t accept not trying.” Michael Jordan

“Success is stumbling from failure to failure with no loss of enthusiasm.” – Winston S. Churchill

“A thinker sees his own actions as experiments and questions–as attempts to find out something. Success and failure are for him answers above all.” – Friedrich Nietzsche

3. The moment you are ready to quit is usually the moment right before the miracle happens

“Many of life’s failures are people who did not realize how close they were to success when they gave up.” Thomas A. Edison 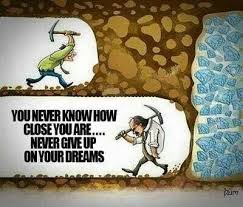 So many times people fail by the simple fact that they have stopped trying. Many times they were so close to succeed but lacked this little bit more of patience and  perseverance, just these few inches away from the goal.

I think if we are set to achieve something we need to be ready to give our best and this means trying many times. Not just doing the same thing over and over again without thinking, but constantly adjusting our way and based on different trials and results from them find the best approach.

“If the first plan which you adopt does not work successfully, replace it with a new plan; if this new plan fails to work, replace it in turn with still another, and so on, until you find a plan which does work. Right here is the point at which the majority of men meet with failure, because of their lack of persistence in creating new plans to take the place of those which fail.” -Napoleon Hill  “Think and Grow Rich”

Road to success is not an easy one and most of us don’t realize how much work goes into it. It never happens overnight and it require lots of sacrifices and hard work. I found this picture on the internet and I thought it is perfect to summarize the success. The picture is called The Iceberg Illusion and shows a success as an iceberg. Such a perfect metaphor! There is small part visible at the surface and that is what people see thinking about success, but there is also much bigger part that is deep under water- not that visible for every day person- which contains all the things like persistence, failure, sacrifice, hard work, dedication and discipline. Have a moment to reflect on it! 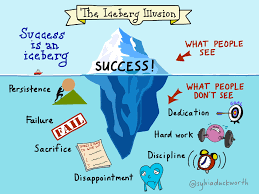 I hope you enjoyed my post 🙂 Let me know by leaving a comment and joining the discussion.

27 thoughts on “Embrace your failures”